CANNES, France, May 30, 2022 /PRNewswire/ -- During the first year as an official partner of Festival de Cannes, the iconic Italian red aperitivo, Campari, pushed the boundaries of creativity and brought its Red Passion to the 75th edition of the world-renowned film Festival with a series of events that continued Campari's existing legacy in the world of cinema. 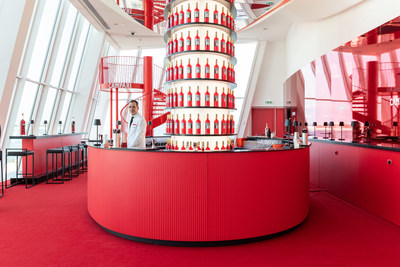 Throughout the Festival, the Campari Lounge was a focal point for media interviews, talent appearances and industry events inside the prestigious Palais des Festivals, an iconic venue, overlooking the Red Carpet. Guests were invited to discover and taste Campari, within the world's most famous and best-selling cocktails, such as the iconic Negroni and the contemporary Campari Spritz in addition to a unique cocktail to be served exclusively at Festival de Cannes; Red Carpet - Cannes Edition. The cocktail elicits the vibrant Mediterranean atmosphere of the Festival de Cannes Red Carpet, while the timeless versatility of Campari complements the profile with its bitter taste and unique red colour. Each cocktail was masterfully prepared and served by Camparino in Galleria. The Camparino is the legendary bar opened by Davide Campari in Milan's Galleria Vittorio Emanuele II in 1915.

Campari hosted Breaking Through The Lens, an organisation connecting female-identifying and non-binary directors to finance, for an afternoon unveiling the organisation's Finalist Projects that would later be pitched to the industry. Additionally, Scott Feinberg hosted a live recording of Awards Chatter podcast with Léa Seydoux, co-presented by The Hollywood Reporter and SAG-AFTRA. The Hollywood Reporter and Women in Film and Television International hosted a cocktail and networking event attended by film professionals, against the backdrop of the Campari bar. Campari hosted media interviews for competition film, Le Otto Montagne and video content series with A-List film casts from films premiering at Festival de Cannes. In addition to media activity, Campari hosted stars including actor, Pierfrancesco Favino and director Mario Martone who were in Cannes promoting the release of competition film, Nostalgia.

On Saturday 21st May, the brand hosted a memorable evening attended by stars such as actor and producer, Édgar Ramírez, member of the jury for this year's Festival de Cannes to celebrate Campari's official partnership. The event offered opportunities for guests to discover different experiences and capture moments that enhanced their own personal storytelling, allowing them to become protagonists. The unmissable red sequence of the evening continued across a series of interactive moments seen from all over the Croisette, with vibrant red lighting beaming into the sky.

In a timeless showcase of passion and creativity, global fashion icon Winnie Harlow was unmissable on the Red Carpet, followed by a visit to the Campari Lounge. Later that evening, Campari brought its Red Passion to the World Premiere of Warner Bros. Pictures' ELVIS in collaboration with Campari, at Palais Stéphanie Beach. The event was also attended by stars of the cinema world, including ELVIS director Baz Luhrmann and stars Austin Butler, Tom Hanks, Olivia DeJonge and Alton Mason, among others.

Campari Group's Head of Global Marketing, Julka Villa comments: "Campari believes that great stories lie beyond the usual; each event hosted, interview conducted, and cocktail served at the 75th Festival de Cannes provided a timeless showcase of creativity and passion, bringing Red Passion to the world-renowned Festival. After the success of our first year, we look forward to continuing our legacy at Festival de Cannes for years to come." 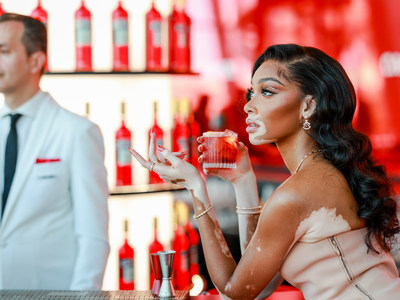