BrightRock Gold Corp. Discloses Significant Historical Data as Part of Reason Why Its Management Decided To Acquire Midnight Owl Mine As Main Part of Its Lithium Operations

GURNEE, IL / ACCESSWIRE / June 8, 2022 / Brightrock Gold Corp. (OTC PINK:BRGC) Now the 100% Owner of the Midnight Owl Mine is pleased to present a summary of the historical documents, articles, and records retrieved to signify its managements' decision to Acquire the Midnight Owl Property. All the Historical Findings in the opinion of the Company is pointing to a Possibility of a substantial Lithium Deposit. 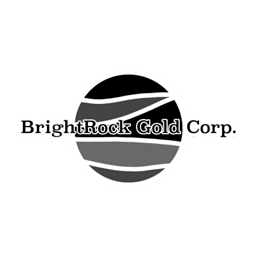 Here are the links to the Historical Information and Data websites that assisted Management in Selecting Midnight Owl Mine for its Primary Lithium operation:

THE HISTORY:
Arizona hosts a significant quantity of pegmatite mineral deposits that have served as commercial sources of beryl, feldspar, lithium, mica, tantalum, tungsten, and quartz. Significant production in Arizona began after World War 2, as lithium-bearing pegmatites were extensively sought after leading to the discovery of the Arizona pegmatite belt extending from Lake Mead south to Kingman and southeast to Wickenburg, measuring 250 miles in length and averaging 55 miles in width. Located 10 miles east of Wickenburg and 45 miles northwest of Phoenix, sits the White Picacho District, the southern part of the Arizona pegmatite belt. 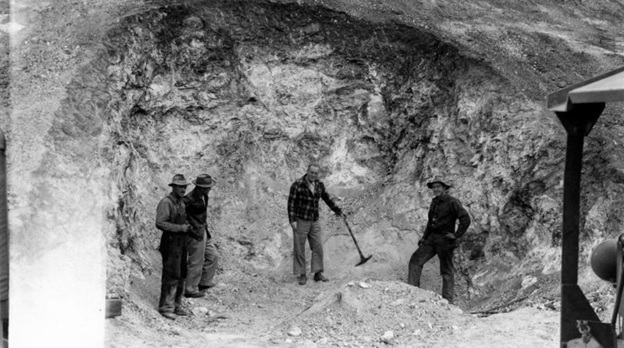 "The Midnight Owl Mine, also known as the "Lithium King" was one of the prominent mines in the White Picacho District known for its lithium deposits." 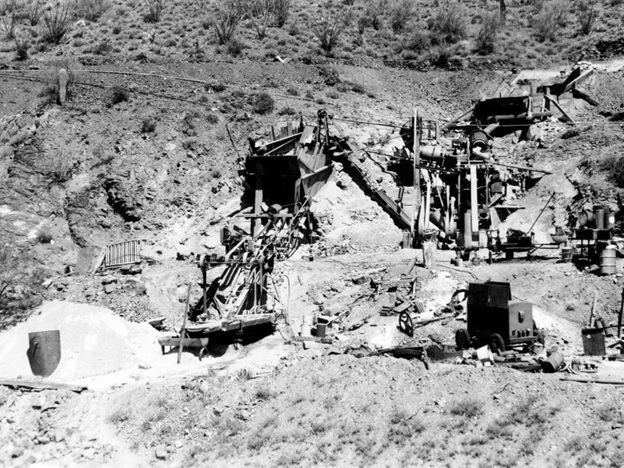 The district and mine are best described in the Arizona Bureau of Mines Bulletin No. 162, "Pegmatite Deposits of the White Picacho District" (Nov. 1952). Quoted Below:

"Intermediate zones constitute the major source of lithium minerals in the district and include such major-mineral combinations as quartz~spodumene, quartz-amblygonite, quartz-perthite amblygonite, quartz spodumene--perthite, and quartz-spodumene. Most of these units are characterized by truly giant textures, and individual crystals commonly are 4 feet or more in maximum dimension. A few spodumene~-bearing intermediate zones, though coarse to very coarse grained, nevertheless are distinctly finer and more even grained than the typical giant-textured units. Such zones occur in the outer parts of several markedly bulbous pegmatites of which the North Morning Star, Lower Jumbo, and Midnight Owl are good examples." 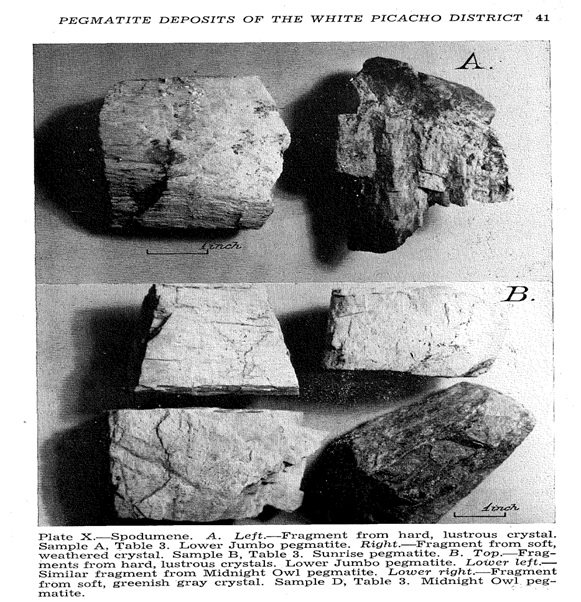 "Quartz-spodumene and quartz-amblygonite aggregates form separate zones in some· pegmatite bodies, like the North Morning Star and the Sunrise, whereas in others, like the Midnight Owl, the two lithium minerals are present in the same zones and hence could be recovered in the mining of single blocks of ground."

"The lithium minerals in these innermost zones form some very large crystals. Many of the spodumene logs and laths are at least 3 feet long, and a few are as much as 11 feet long and 10 by 18 inches in section." 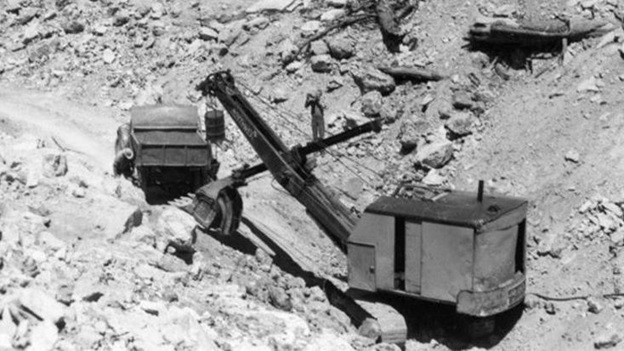 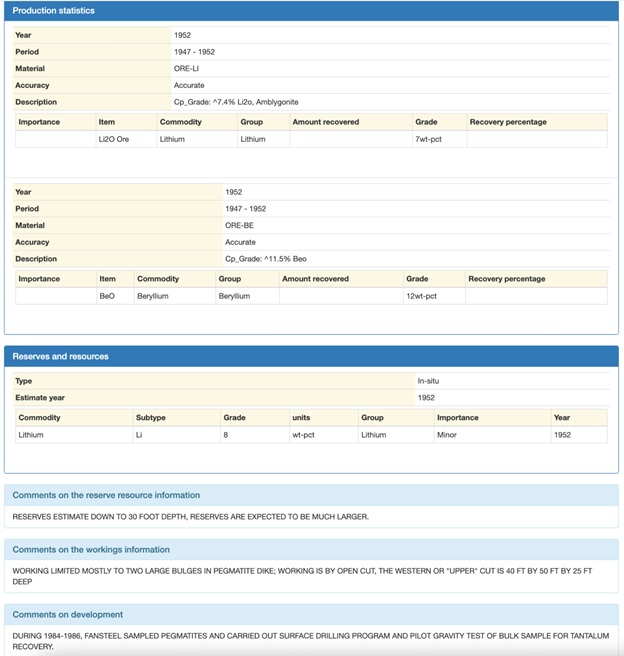