Rio Tinto welcomes Energy Resources of Australia's (ERA) announcement today that it will renew its independent board committee to introduce new perspectives to address the material cost and schedule overruns on the critical Ranger rehabilitation project in Australia's Northern Territory.

Rio Tinto chief executive Australia Kellie Parker said "We thank Peter Mansell, Paul Dowd and Shane Charles for their contribution to ERA and wish them well for the future.

"We are committed to working with ERA to facilitate this board renewal process and urgently develop a workable plan to fund the increased rehabilitation costs.

"We restate our belief that the successful rehabilitation of the Ranger Project Area, which is of critical importance to the Mirarr People, Rio Tinto and ERA, can be achieved in a way that is consistent with the Mirarr People's wishes. This remains our utmost priority and commitment."

Rio Tinto has finalised work with ERA to amend an existing A$100 million credit facility to assist ERA with its management of immediate liquidity issues.

Please direct all enquiries to media.enquiries@riotinto.com 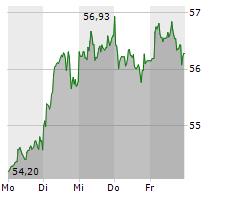