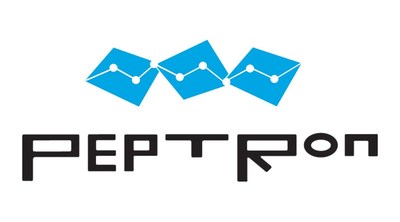 Takeda's Leuplin, the original drug for PT105, is one of the biggest blockbuster drugs that has achieved a total of $1.34 billion in sales and the largest global market share over the past 30 years. Material, Composition and Use patents have expired, but Peptron obtains full equivalence due to the difficulty in generic drug development of emulating Takeda's manufacturing process and technology.

"Compared to Takeda's Leuplin, PT105 has reduced particle size and smaller needle gauge, which will improve patients' convenience," said an official of Peptron. "Together with comparative advantage and large-scale producibility in our Osong GMP facility, we will quickly expand and strengthen our position."

"After the launch of PT105 in the domestic market, we will enter the global market with potential partners based on established bioequivalence and international standards." said Ho-il Choi, CEO of Peptron. "Together with PT320 that secured the FDA's Phase 3 clinical trial IND approval, PT105 is a success milestone that proves the superiority of Peptron's SR formulation technology and commercialization capabilities."

Peptron aims to enter into the domestic and global market with 1-, 3- and 6-month formulations of generic Leuprolide.

In August 2022, Peptron and Invex Therapeutics received phase 3 IND approvals from the U.S. FDA, MHRA and others for Presendin (PT320). Currently, there is no treatment available for idiopathic intracranial hypertension (IIH), the main target of Presendin, and the global market size of IIH is approximately $1.5 billion USD. Peptron expects a significant revenue potential and increased demands in contract development and manufacturing services.