TotalEnergies (Paris:TTE) (LSE:TTE) (NYSE:TTE) and Air France-KLM have today signed a Memorandum of Understanding (MoU) for the delivery of more than one million cubic metres/800,000 tonnes of Sustainable Aviation Fuel (SAF) by TotalEnergies to Air France-KLM Group airlines over the 10-year period from 2023.

This sustainable aviation fuel will be produced by TotalEnergies at its biorefineries. It will be made available to Air France-KLM Group's airlines, mainly for flights departing from France (in accordance with French legislation) and the Netherlands.

The sustainable aviation fuels reduce CO2 emissions by at least 80% on average over the entire lifecycle, compared with their fossil equivalent.

Air France-KLM has implemented a strict sourcing policy and is committed to purchasing only SAFs that do not compete with human food or animal feed, that are RSB* or ISCC** certified for sustainability, and that are not derived from palm oil.

With the signing of this MoU, Air France-KLM and TotalEnergies confirm their collaboration and their goal of furthering the development of a more responsible aviation sector.

A long-standing partnership in support of aviation sector decarbonization

In January 2020, Air France and TotalEnergies participated, alongside Safran and Suez, in the Call for Expression of Interest launched by the French government aimed at developing sustainable aviation fuel production in France.

Over the last two years, TotalEnergies has also supplied SAF for a number of Air France-KLM Group commercial flights:

"Biofuel development is one of our Company's strategic priorities. This new partnership with Air France-KLM exemplifies the excellence of industry and French aerospace in committing to a more sustainable aviation sector. By directly reducing the carbon intensity of the energy products used by our air transport customers, we are actively working with them to achieve net-zero emissions by 2050, together with society,"said Patrick Pouyanné, Chairman and CEO of TotalEnergies.

With nearly 280 airlines supplied at more than 300 airports worldwide, TotalEnergies is one of the leaders in aviation refuelling in France, Europe and Africa. The Company offers a comprehensive range of products (SAF, Jet A-1, Avgas) and services to meet the needs of each of its customers: business and leisure aviation, the aerospace industry, airports, airlines, etc.

TotalEnergies is a global multi-energy company that produces and markets energies: oil and biofuels, natural gas and green gases, renewables and electricity. Our more than 100,000 employees are committed to energy that is ever more affordable, cleaner, more reliable and accessible to as many people as possible. Active in more than 130 countries, TotalEnergies puts sustainable development in all its dimensions at the heart of its projects and operations to contribute to the well-being of people.

A global player with a strong European base, Air France-KLM is a leading airline Group in terms of international traffic on departure from Europe. It offers its customers access to a worldwide network, covering over 310 destinations thanks to Air France, KLM Royal Dutch Airlines and Transavia, mainly from its hubs at Paris-Charles de Gaulle and Amsterdam-Schiphol.

Together with its partners Delta Air Lines and Virgin Atlantic, Air France-KLM operates the largest transatlantic joint venture, with more than 340 daily flights in 2019.

Air France-KLM is also a member of the SkyTeam, the alliance dedicated to providing passengers with a more seamless travel experience at every step of their journey 18 member airlines working together across an extensive global network.

Recognized for 18 years as an industry leader in sustainable development, the Air France-KLM Group is determined to accelerate the transition to more sustainable aviation. Since 2003, the Air France-KLM Group has been a member of the United Nations Global Compact. The aim is to make a significant contribution to the UN Sustainable Development Goals in connection with the Group's activities.

The terms "TotalEnergies", "TotalEnergies company" or "Company" in this document are used to designate TotalEnergies SE and the consolidated entities that are directly or indirectly controlled by TotalEnergies SE. Likewise, the words "we", "us" and "our" may also be used to refer to these entities or to their employees. The entities in which TotalEnergies SE directly or indirectly owns a shareholding are separate legal entities. This document may contain forward-looking information and statements that are based on a number of economic data and assumptions made in a given economic, competitive and regulatory environment. They may prove to be inaccurate in the future and are subject to a number of risk factors. Neither TotalEnergies SE nor any of its subsidiaries assumes any obligation to update publicly any forward-looking information or statement, objectives or trends contained in this document whether as a result of new information, future events or otherwise. Information concerning risk factors, that may affect TotalEnergies' financial results or activities is provided in the most recent Registration Document, the French-language version of which is filed by TotalEnergies SE with the French securities regulator Autorité des Marchés Financiers (AMF), and in the Form 20-F filed with the United States Securities and Exchange Commission (SEC). 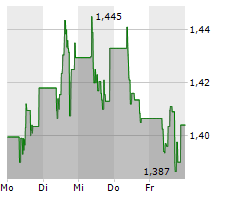