LONDON (dpa-AFX) - Shares of Marston's Plc (MARS.L) were losing around 10 percent in the morning trading in London after the British brewer and pub operator on Wednesday reported weaker sales in the last 16 weeks reflecting prior year's strong trading, which included the World Cup and an unusually hot summer.

However, sales in the 42 week period to date in both pub and beer businesses increased.

The company said it continues to remain disciplined in terms of pricing, discounting and promotion, with operating margin in line with expectations.

In Marston's Beer Company, volumes are in line with last year and continue to outperform the market. Volume performance over the last 16 weeks mainly reflected weaker lager sales in the off-trade.

Ralph Findlay, Chief Executive Officer, said, 'We have achieved modest growth during the 42 weeks to date continuing the long term positive LFL sales trend despite May and June being hampered by relatively poor weather.' 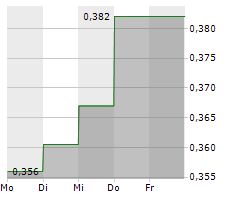