Disney store at Target locations will be among the select places in the U.S. where customers can browse and purchase Disney store specialty merchandise from Disney, Pixar, Marvel and Star Wars, Target said Sunday.

The customers will be able to access the Disney Animators' Collection with dolls, clothing and accessories. Items will range in price from $2 - $200, with many items under $20.

Disney store at Target locations will be a Target-operated, branded 'shop-in-shop' layout with an average of 750 square feet, located inside Target stores adjacent to children's clothing and toys.

The 'shop-in-shop' will feature an assortment of more than 450 items from Disney that include more than 100 products that were previously only available at Disney retail locations.

Target also said it will open a store at Flamingo Crossings Town Center at the western entrance of the Walt Disney World Resort in 2021. 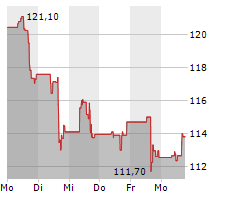