BERLIN (dpa-AFX) - Vonovia SE (DAIMF), a German residential property company, Monday issued a statement in response to the plans for an absolute rent ceiling apparently to be included in the rent freeze law that is currently being drafted by the Berlin Department for Urban Development and Housing on behalf of the Berlin State Government.

The company said it remains convinced that the rent freeze law planned by the Berlin State Government is unconstitutional.

The company said its 2019 guidance remains unchanged as it won't be impacted by the planned Berlin-specific legislation.

However, for 2020, the company said its results may be impacted if the plans for the rent ceiling would become part of the final rent freeze law expected to be enacted in January 2020. The company expects a consequence of potentially having to reduce current rental levels down to the respective rent ceiling levels.

This impact may be further mitigated by being able to apply certain premiums for modernizations made in prior years. The company said it would expect to see an above-average benefit from this effect, even though it is not possible to quantify it at this point in time. 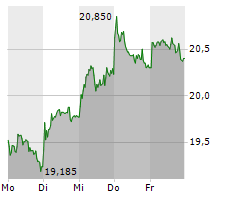