The planned transition would allow the Business Areas to oversee the full value chain from innovation to commercialization, which is expected to further increase focus and agility.

The company plans to provide an update during the fourth quarter of 2019.

QIAGEN also announced that Manuel Mendez, Senior Vice President, Global Commercial Operations and a member of the Executive Committee, has resigned to accept a new career opportunity. He will leave the Company in October 2019. 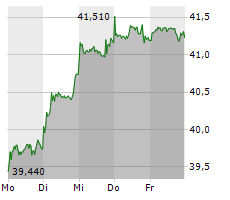