TOKYO (dpa-AFX) - Toyota Motor Corp. has unveiled the second-generation of its hydrogen fuel-cell car, the Mirai, saying it expects the new sedan will help it to realize the goal of a hydrogen energy society.

The new Mirai will seat one more than the current model and also features a fully-redesigned fuel cell system that offers up to a 30 percent increase in driving range.

The Japanese automaker said it will preview the new Mirai fuel cell electric vehicle or FCEV at the 2019 Tokyo Motor Show starting on October 24. The car is scheduled for launch starting in late 2020, initially in Japan, North America and Europe.

The hydrogen fuel cell cars carry fuel-cell stacks that use hydrogen and oxygen to generate electricity that will power the motor. These vehicles emit only water while running.

Toyota launched the first-generation Mirai in 2014. Since then, the company has sold about 10,000 of those cars worldwide.

According to the company, the first-generation Mirai proved the global potential of hydrogen to power clean and sustainable mobility. The vehicle has a range of 312 miles on a full battery and takes 3 to 5 minutes to charge.

An increase in the hydrogen storage capacity will offer up to a 30 percent increase in driving range over the current generation Mirai model, according to Toyota.

In addition, the new Mirai has been totally redesigned based on Toyota's premium rear-wheel drive TNGA platform to combine better agility and driving performance with an elegant exterior design.

The car's interior is equipped with a 12.3-inch wide screen on the center console and instrument panel that embraces the driver. The fuel cell system configuration using the TNGA platform also allows for five seats instead of the current-generation Mirai's four.

While Toyota lags behind rivals like Tesla and Volkswagen in electric vehicle production, it has raced ahead with hydrogen fuel cell vehicles.

Only a select group of automakers, such as Toyota, Honda Motor and Hyundai Motor, currently manufacture fuel-cell vehicles. 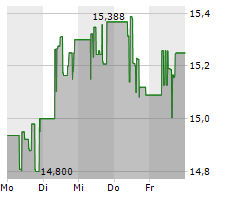