The coffee giant has entered into a deal with Caribbean Coffee Traders Ltd., a Caribbean joint venture led by Margaritaville Caribbean Group, for this purpose.

The islands of Turks & Caicos is Starbucks' 82nd market globally and 20th market in the Latin America and Caribbean region.

The store features a cafe design unique to the island. Its pink exterior keeps the authentic Caribbean feel of the café, while the indoor palette was kept light to keep the tropical theme.

The store offers Starbucks signature beverages and food, including ethically sourced, 100 percent arabica coffee. The offerings include coffees from around the world, such as the Asia-Pacific and Latin America regions.

Tim Grever, Director of Operations for Starbucks Caribbean markets, said, 'We are confident that along with Caribbean Coffee Traders, we will deliver a unique and exceptional coffee experience for Turks and Caicos Islanders, one that truly showcases our deep passion for some of the best coffees from around the world, while honoring the local culture.'

Last year, while opening one of its stores in Jamaica, Starbucks was reported to be be planning new stores in Turks & Caicos and Cayman. In August this year, the chain opened a store in Cayman at Camana Bay, which is the first of four coffee shops it plans to open in Grand Cayman over the next three years.

In mid-September, the company announced its plan to open the world's largest Starbucks Reserve Roastery on November 15 on Chicago's Magnificent Mile. The Chicago roastery is the last and largest of the chain's grand coffee stores.

Starbucks had opened its first store outside of Seattle in Chicago, its birthplace, nearly 30 years ago. 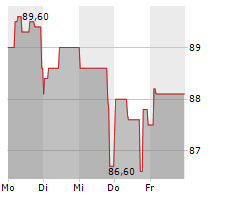