BERLIN (dpa-AFX) - CropEnergies AG said that its chief executive officer Joachim Lutz, 63, will retire at the end of the annual general meeting on 14 July 2020, after 14 years in the executive board.

The company has appointed Stephan Meeder, 49, as chief executive officer with effect from the closing of the annual general meeting on 14 July 2020. Meeder has been Chief Financial Officer since 2015 and will continue to be responsible for this department in addition to his new duties as CEO.

In addition, the supervisory board has appointed Jürgen Böttcher (58) in CropEnergies executive board with effect from 1 May 2020. As Chief Technical Officer, Böttcher will be responsible for production as well as for research and development.

As previously announced, Chief Sales Officer Michael Friedmann (64) will retire and will leave the executive board at the end of February 2020. His successor is Dr Fritz Georg von Graevenitz (42), who had been appointed to the executive board with effect from 1 October 2019. 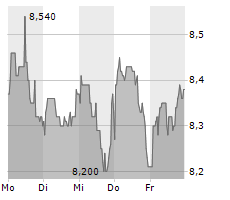