Chubb Welcomes Phase One Trade Agreement Between U.S. And China

WASHINGTON (dpa-AFX) - Chubb (CB) said it welcomed and supported the successful completion of the Phase One trade agreement between the United States and China.

The company has urged the U.S. and China to expeditiously move to the important Phase Two negotiations, taking into account the interests of both countries while reconciling important differences.

The company said it has confidence in the long-term potential of the Chinese insurance market, and the agreement should expand market access for American business in financial services, including insurance.

Earlier today, the U.S. and China signed an agreement aimed at easing a trade war.

China has pledged to boost US imports by $200 billion above 2017 levels and strengthen intellectual property rules.

Meanwhile. the U.S. has agreed to halve some of the new tariffs it has imposed on Chinese products. 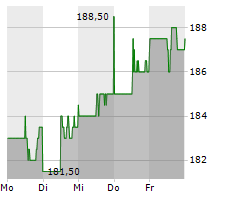