LONDON (dpa-AFX) - DCC plc.(DCC.L) said Monday that Fergal O'Dwyer, who has been Chief Financial Officer since 1994, has decided to retire from the Group after 31 years of service. He will stand down from his executive position and from the Board following the conclusion of DCC's Annual General Meeting on 17 July 2020.

Fergal will be succeeded as Chief Financial Officer by Kevin Lucey, Head of Capital Markets, who will be appointed to the Board of DCC as an Executive Director, following the conclusion of the Annual General Meeting.

Before joining to DCC, Kevin was Chief Financial Officer and a Director of a leading Irish private equity firm.

Separately, DCC said it appointed Tufan Erginbilgic as a non-executive Director and a member of the Remuneration Committee and of the Nomination and Governance Committee, with effect from 6 April 2020.

Tufan has been BP's Downstream Chief Executive, and a member of its executive team, since 2014, with responsibility for BP's global fuels, lubricants and petrochemicals businesses. He plans to leave this position at the end of March 2020. 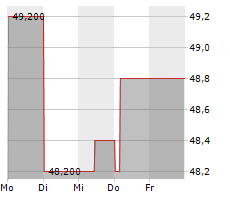