BERLIN (dpa-AFX) - German commercial broadcaster ProSiebenSat.1 Media AG (PBSFF.PK) said Friday that its chief financial officer Rainer Beaujean will assume an additional role of the Chairman of the Executive Board, while Chief Executive Officer Max Conze will leave the company with immediate effect, as part of reorganizing the composition of its Executive Board.

Meanwhile, Wolfgang Link and Christine Scheffler were appointed as new members of the Executive Board, being responsible for the Entertainment segment and Human Resources, respectively.

The reorganization of the executive board was resolved by the Supervisory Board, the company revealed. 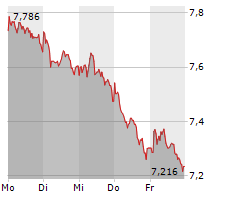