EPRA earnings were 57.0 million pounds, 6.1% higher than last year predominantly due to higher rental income and lower finance costs in joint ventures as a result of the full year impact of development completions and lower group property costs due to reduced vacancy in the portfolio.

The company said it will reduce energy and carbon intensity at our occupied properties by 40% and 69% respectively and embodied carbon in all our developments, refurbishments and fit-outs by 40% by 2030.

In a separate press release, Great Portland Estates announced creation of GPE Covid-19 Community Fund that will be open to all GPE employees to contribute to and the Group will be matching contributions made by both GPE employees and Board members, up to a maximum of 250,000 pounds.

The company noted that the Fund will be seeded with more than 280,000 pounds raised through a combination of Board Director bonus reductions and fee waivers to the equivalent of at least 20% of salary or fees for 3 months, along with significant contributions from all the other GPE Executive Committee members, and Group matching.

It will be distributed to London based charities and other not for profit organisations which are being particularly impacted by Covid-19, focused on homelessness and other vulnerable groups, mental health & wellbeing and educational initiatives. 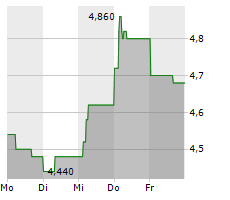