VEVEY (dpa-AFX) - Swiss food giant Nestle SA will change the name of its plant-based 'Incredible Burger' to 'Sensational Burger' in European markets after a Dutch court ruled that the company infringed on U.S.-based Impossible Foods' trademarks, according to reports.

The District Court in the Hague reportedly said in a preliminary judgment last week that Nestle must change the name of its 'Garden Gourmet Incredible Burger' across the European Union, as the name could confuse consumers.

Nestle now has four weeks to withdraw the products from retail shelves in Europe or face a daily fine of 25,000 euros, reports said.

Nestle reportedly said that while it is disappointed by the court verdict, it will abide by it and file an appeal in parallel.

Nestle launched the Incredible Burger, made from natural soy and wheat protein, in 2019. The product is sold in 15 countries across Europe.

In the U.S., Nestlé sells plant-based meat substitutes under the 'Awesome Burger' name. The Awesome Burger is made with yellow pea protein.

Several food companies have introduced new plant-based meat alternatives that are intended to satisfy the global demand for meat at a fraction of the environmental impact.

The strong demand for vegan options has prompted restaurants and fast-food chains to offer menu items that contain products from food companies such as Beyond Meat and its rival Impossible Foods.

Sales of plant-based meat alternatives have surged in the U.S. and Europe amid the coronavirus pandemic. Meat companies, including Tyson Foods and Smithfield Foods, have been forced to temporarily close their meat processing plants in the U.S. due to the pandemic. 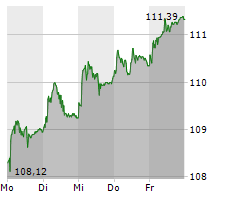