LONDON (dpa-AFX) - Weir Group Plc (WEIR.L) said the Group has completed the refinancing of its main banking facilities, with a syndicate of 12 global banks. These facilities comprise a new $950 million Revolving Credit Facility which will mature in June 2023 and a new 200 million pounds Term Loan which will mature in March 2022. The Group noted that the RCF and Term Loan replace existing facilities which were due to mature on or before September 2021.

The Group said its mining markets have remained robust during second quarter with some disruptions to mining production levels in April and May, although these appear to be easing through June. Second quarter Minerals aftermarket orders have been similar to first quarter in absolute terms. Original equipment orders have also continued at first quarter levels in absolute terms.

The Group continues to expects Oil & Gas division to be cash generative for the full year. The Group is continuing to explore options to maximise value from the division. 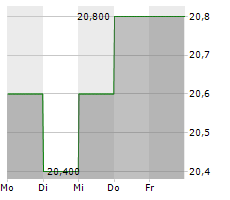