Looking ahead, Adam Couch, Cranswick's Chief Executive Officer, said, 'Although we remain cautious about the longer-term economic impact of COVID-19 and the continued uncertainty surrounding the ongoing Brexit negotiations, we are well positioned to address these challenges. Our outlook for the current year is unchanged and we have a solid platform from which to continue Cranswick's successful long-term development.' 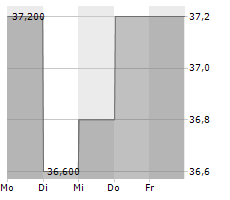