ROME (dpa-AFX) - Italian lender UniCredit (UCG, UNCFF.PK) said that its chief executive officer Jean Pierre Mustier will retire from his role at the end of his mandate which expires in April 2021.

The company noted that Mustier will remain in his post to ensure a smooth transition, either until the end of his mandate or until a successor has been appointed.

The company said that the chairman designate Pier Carlo Padoan and the board of directors will undertake a wide-ranging external and internal search for a replacement for Mustier following a selection process.

Mustier was appointed UniCredit's Group CEO in July 2016, having previously held the role as Deputy General Manager, Head of the Corporate and Investment Banking (2011-15).

Mustier is reportedly clashed with some board members in recent months over his approach to M&A, arguing that the bank should ignore accelerating consolidation in its local market.

Earlier this year, UniCredit had said that its Jean Pierre Mustier would remain in his role, following media reports that he emerged as a candidate for the top job at Asia-focused lender HSBC Holdings.

In a separate press release, UniCredit said Monday that it has appointed Adeline de Metz as Head of Group Regulatory Affairs and member of the Group's Executive Management Committee.

Adeline, previously the Global Head of Working Capital Solutions in GTB, will take over the role from Guglielmo Zadra, who will be promoted to Head of Internal Audit from December 1st. 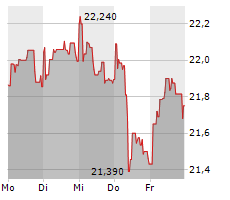