WASHINGTON (dpa-AFX) - Reliance Steel & Aluminum Co. (RS) announced the promotion of Karla Lewis to President. Prior to this, Lewis served as the company's Senior Executive Vice President and Chief Financial Officer. Lewis assumed the duties of President on January 15, 2021. Her term as a director also took effect on January 15, 2021, and will expire at the company's 2021 Annual Meeting of Stockholders.

The company said David Hannah will retire from the Board and not stand for reelection at the 2021 Annual Meeting of Stockholders. 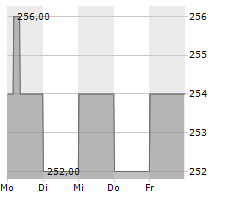