LONDON (dpa-AFX) - British American Tobacco plc reported Wednesday higher profit in its fiscal 2020, despite slightly lower revenues with weak volume. Looking ahead for fiscal 2021, the company expects growth in constant exchange rates, while global tobacco industry volume is expected to be down around 3 percent. The shares were losing around 5 percent in London trade as well as in pre-market activity on NYSE.

For the new year, the company expects mid-single figure adjusted earnings per share growth and revenue growth of 3 percent-5 percent, both at constant currency rates. The company further sees continued progress towards its New Categories revenue target of 5 billion pounds in 2025.

British American said the US market volume will dependent on COVID-19 uncertainties.

Post COVID-19, the company is confident in its guidance of 3-5 percent revenue and high single-figure adjusted earnings per share growth at constant currency.

Jack Bowles, Chief Executive, said, 'We are proud that we now have 13.5 million consumers of non-combustible products, a growth of 3 million - doubling the rate of consumer adoption in the second half of 2020. We are well on track to meet our ambition of 50 million consumers of our Non-Combustible brands worldwide by 2030.'

Further, the company announced full year dividend of 215.6 pence per share, up 2.5 percent.

The company also said it is well on track to deliver its ambitious 1 billion pounds of savings by 2022.

For fiscal 2020, profit attributable to shareholders increased to 6.40 billion pounds from last year's 5.70 billion pounds. Earnings per share climbed 12 percent to 278.9 pence from 249 pence a year ago.

In the US, Group cigarette volume was up 0.5 percent to 73 billion, due to the performance of the strategic portfolio.

In London, British American Tobacco shares were trading at 2,622.50 pence, down 4.6 percent. 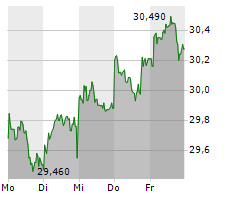