James Staley, CEO, said: 'Given the strength of our business, we have decided the time is right to resume capital distributions. We have today announced a total payout equivalent to 5 pence per share, comprising a 1 pence 2020 full year dividend and the intention to initiate a share buyback of up to 700 million pounds. We expect to comment further on capital distributions when appropriate.' 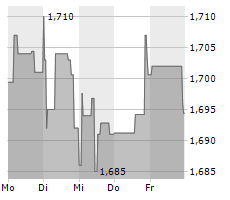