The Executive Board and the Supervisory Board will propose a dividend of 1.40 euros per share, an increase of 0.10 euro over the previous year.

In the fourth quarter, earnings per share pre were 1.57 euros. EBITDA pre rose 3.3 percent to 1.2 billion euros. Group sales increased 5 percent on a reported basis and 11 percent organically with sales growth in all three business sectors. 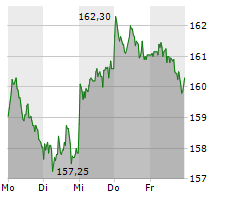