Adidas Q4 Profit Down, Sees Growth Ahead; Stock Up

BERLIN (dpa-AFX) - Shares of Adidas AG were gaining around 5 percent in the German trade after the sportswear maker Wednesday said it expects higher profit and sales in fiscal 2021 after reporting currency neutral sales growth in the fourth quarter. Meanwhile, profit and reported sales fell in the final quarter.

Further, the company is targeting sales growth of as much as 10 percent annually through 2025 and expects a surge in online sales. The company said its 2021 outlook forms the base for adidas' 2025 financial ambition.

adidas CEO Kasper Rorsted said, 'Our business continued to recover towards year-end and we returned to growth in the fourth quarter. E-com was a standout throughout the year as we grew revenues in our most important store by 53 percent in 2020 to significantly more than € 4 billion. We are confident about 2021 and will be fast out of the gate in the first year of our new strategic cycle, delivering mid- to high-teens sales growth globally.'

Gross margin would almost fully recover to a level of around 52 percent. Further, the company expects strong top-line increase with sales to grow at a mid- to high-teens rate.

Adidas, which is planning to begin a formal process aimed at divesting Reebok, said it will report the business as discontinued operations from the first quarter 2021 onward. The company's outlook excludes Reebok.

In the year 2020, Adidas' net income from continuing operations was 429 million euros, operating margin was 3.8 percent and sales were 19.84 billion euros, all lower than the prior year.

For the fourth quarter, net income from continuing operations was 138 million euros, down from 181 million euros.

Earnings per share from continuing operations was 0.68 euro, compared to prior year's 0.92 euro.

Operating profit amounted to 225 million euros, lower than 245 million euros a year ago. Operating margin was 4.1 percent, largely in line with the prior year's 4.2 percent.

In the fourth quarter of 2020, the gross margin declined 0.3 percentage points to 48.7 percent.

On a currency-neutral basis, adidas returned to growth in the quarter and recorded sales growth of 1 percent.

On a currency-neutral basis, all markets except Europe posted sales increases. Asia-Pacific grew 1 percent, driven by a strong recovery in Greater China, where sales were up 7 percent.

Sales in North America grew 2 percent, while sales in Europe declined 6 percent impacted by renewed lockdowns, with about half of the company's stores closed at the end of the year.

In the quarter, e-commerce sales growth was 43 percent, and the increase was 14 percent in direct-to-consumer business. 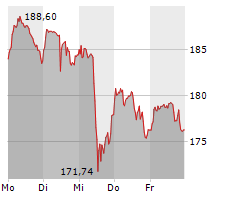