LONDON (dpa-AFX) - British bank HSBC Holdings Plc (HSBA.L, HSBC) announced on Thursday that the company plans to bring a special resolution on climate change at its Annual General Meeting or AGM, to be held on 28 May. This resolution is part of the company's transition process to net zero carbon emissions.

As per the resolution, the company will decide upon a science-based strategy to align its provision of finance to the Paris Agreement goals. The company will also implement a policy to phase out financing of coal-fired power and thermal coal mining by 2030 in European Union markets and by 2040 in other markets.

The bank expects to provide between $750 billion and $1 trillion in financing and investment to support its customers to decarbonize in a progressive manner and thus contribute to long-term sustainable growth.

Separately, the company also announced the appointment of Rachel Duan as an independent non-executive director, effective from September 1. She will also join the Group Remuneration Committee and the Nomination & Corporate Governance Committee.

Duan most recently served as senior Vice President of General Electric (GE) and President & CEO of GE's global markets. At present, she is on the boards of AXA and Sanofi as an independent non-executive director.

The company also announced that Henri de Castries and Heidi Miller will not seek re-election to the Board at the AGM. They will officially retire from the Board after the AGM concludes. 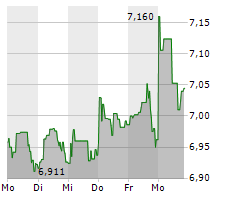