BERLIN (dpa-AFX) - Bilfinger said its annual general meeting voted by a large majority in favor of the proposal from the Executive Board and Supervisory Board to distribute a dividend of 1.88 euros per share. The move allows the company to retroactively compensate for the lower dividend of 0.12 euros per share it had paid out in 2020 in response to the uncertain situation surrounding the Corona pandemic.

The Annual General Meeting re-elected Eckhard Cordes, Frank Lutz, Robert Schuchna and Bettina Volkens as shareholder representatives on the Supervisory Board of Bilfinger SE. Previous members Dorothée Deuring and Ralph Heck did not seek an additional term of office. In their place, Silke Maurer and Dr. Roland Busch were newly elected to the Supervisory Board. 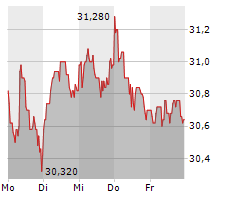