SEOUL (dpa-AFX) - General Motors and LG Energy Solution will invest more than $2.3 billion to build second battery cell manufacturing plant in the United States. The facility will be located in Spring Hill, Tennessee, the Auto giant said in a statement on Friday.

Ultium Cells LLC, a joint venture between General Motors and LG Energy Solution, will build the new plant on land leased from GM.

GM noted that the new battery cell plant will create 1,300 new jobs. Construction on the about 2.8 million-square-foot facility will begin immediately, and the plant is scheduled to open in late 2023.

In 2019, GM announced the formation of Ultium Cells LLC, a joint venture with LG Energy Solution, to mass-produce battery cells in Lordstown, Ohio, for future battery-electric vehicles. Construction of the $2.3 billion facility is well underway.

GM committed more than $27 billion to EV and AV product development, including $7 billion in 2021, and plans to launch 30 EVs globally by the end of 2025, with more than two-thirds available in North America.

SK Innovation and LG Energy Solution had agreed to withdraw all pending legal disputes in United States and South Korea, and agreed to a ten-year non-assertion. As a result, all litigation between the companies, which began in April 2019, was resolved. 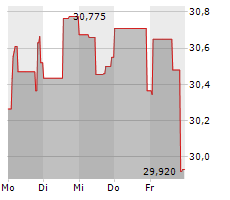