Sika AGM Approves All Proposals Of Board

BRUSSELS (dpa-AFX) - Sika (SXYAY.PK, SKFOF.PK), a specialty chemicals company, said that its Annual General Meeting approved all proposals of the Board of Directors.

In addition, the shareholders voted in favor of the Board of Directors' proposal to pay out a gross dividend of CHF 2.50 per share for the business year 2020.

The administrative bodies were granted discharge.

With the exception of Frits van Dijk, who was not standing for re-election, all previous members of the Board of Directors as well as its Chairman Paul Hälg were re-elected by the shareholders for another one-year term in office.

Paul Schuler was elected as a new member of the Board of Directors, for a one-year term.

Daniel Sauter, Justin Howell, and Thierry Vanlancker were elected to the Nomination and Compensation Committee.

In a non-binding consultative vote, the Annual General Meeting approved the compensation report for 2020. 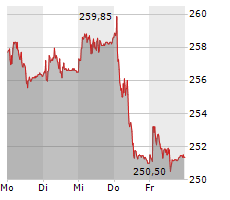