BASEL (dpa-AFX) - Novartis AG (NVS) reported that its first-quarter net income declined 5% or 7% at constant currencies to $2.1 billion from the previous year, mainly due to lower operating income. Earnings per share was $0.91 down from $0.96 in prior year.

Quarterly operating income was $2.4 billion, down 12% or 14% at constant currencies from the previous year, mainly due to lower gross profit impacted by pricing erosion at Sandoz, manufacturing restructuring, higher impairments, partly offset by lower legal expenses.

Core earnings per share were $1.52 compared to $1.56 in the prior year. Analysts polled by Thomson Reuters expected the company to report earnings of $1.59 per share for the first-quarter. Analysts' estimates typically exclude special items. 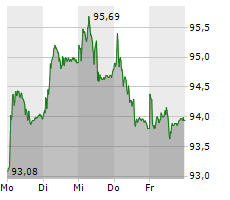