On average, 11 analysts polled by Thomson Reuters expect the company to report earnings of $1.36 per share on revenues of $364.21 million for the quarter. Analysts' estimates typically exclude special items.

Separately, the company announced that Eugene Scherbakov, currently Chief Operating Officer, will succeed Valentin Gapontsev as Chief Executive Officer, effective immediately. Meanwhile, Gapontsev, current CEO and Chairman of the Board, will transition to Executive Chairman of the Board and remain active with involvement in directing research and development and strategy.

Scherbakov, who joined the company in 1995, has served as Managing Director of IPG Laser, IPG's German subsidiary, since August 2000, Senior Vice President-Europe since February 2013 and Chief Operating Officer since February 2017. He has also been a member of its Board of Directors since 2000. 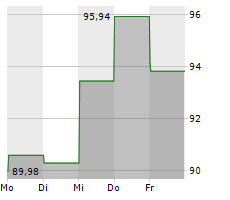