At Post & Parcel Germany, the company projects an EBIT around 1.7 billion euros. In DHL divisions, EBIT is expected to be more than 5.4 billion euros.

Further, the Board of Management and the Supervisory Board are proposing a dividend of 1.35 euros per no-par value share for financial year 2020, a 17 percent increase over the previous year. If accepted by the today's annual general meeting or AGM, the dividend will be paid on May 11.

The company has also decided in favor of a share buyback program of up to one billion euros due to the strong cash flow.

The company further said that by 2030, it wants to reduce carbon emissions to below 29 million metric tons. In 2020, it was at 33 million tons.

For longer distances, electric vehicles are not an option and the company will rely on clean fuels produced from sustainable raw materials and renewable energy.

Further, the company aims to increase the share of women in upper and middle management to at least 30 percent by 2025 from 23 percent today.

In Germany, Deutsche Post shares were trading at 50.54 euros, down 0.7 percent. 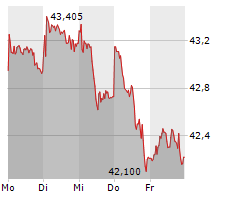