WASHINGTON (dpa-AFX) - Consumer brands company The Honest Co.(HNST), founded by actress Jessica Alba in 2011, soared 44 percent on its debut on the Nasdaq.

Shares of Honest, which was priced at $16 in its IPO, ended Wednesday's trading at $23 per share, thus giving the company a market value of around $2.1 billion. However, the stock is down nearly 10% in Thursday's regular trading, giving it a market capitalization of $1.88 billion.

Commenting on the Nasdaq debut, Honest CEO Nick Vlahos said that the successful IPO was a 'validation' of the company's strategy. 'We're a mission driven brand. We are at the forefront of this kind of clean movement as it pertains to how consumers are looking at products from an ingredient perspective, around sustainability, around social responsibility,' he added.

Jessica Alba has a stake of $130 million in the company. She has stepped down as Chair of the Board, but remains a Director and also serves as Honest's Chief Creative Officer. 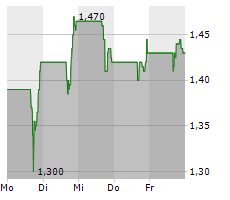