MUNICH (dpa-AFX) - Shares of BMW AG were gaining around 2 percent in the morning trading in Germany after the luxury carmaker reported Friday significantly higher profit in its first quarter with strong growth in deliveries.

According to the company, the significant recovery of the markets, which began in mid-2020, continued to gain momentum during the first quarter.

Further, BMW reaffirmed its outlook for the full year, expecting business performance continuing to develop positively. Group profit before tax is predicted to rise significantly for the year.

The company projects Automotive segment to record significantly higher EBIT margin, at the upper end of the forecast range between 6 and 8 percent, and a solid increase in deliveries.

The Motorcycles segment is expected to record EBIT margin within a target range of 8 to 10 percent with solid increase in deliveries.

The company is also on track to achieve the European Union's ambitious decarbonisation targets by 2030.

Group revenues grew 15.2 percent to 26.78 billion euros from last year's 23.25 billion euros, while it was up 18.9 percent on adjusted for currency factors.

In Europe, deliveries grew 8.1 percent, despite a 5 percent drop in Germany and 4.6 percent drop in the UK. Deliveries to customers in the Americas region rose 17.4 percent. In Asia, the BMW Group delivered a total of 287,697 units, up 77 percent mainly with strong growth in China. 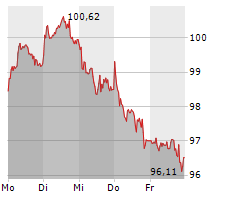