LONDON (dpa-AFX) - Balfour Beatty plc (BBY.L) announced that it has appointed Charles Allen, Lord Allen of Kensington, CBE, as the next Chairman and a Non-Executive Director of the company.

Lord Allen would join the Board following the Annual General Meeting on 13 May 2021, as a Non-Executive Director and, after a transition period, would assume the position of Chair from 20 July 2021 when he would succeed Philip Aiken, AM who has been Chair since 2015.

Previously, Lord Allen served as Chair of ISS AS, Executive Chair of EMI Music, Chief Executive of ITV plc, Chief Executive of Compass Group and Chief Advisor to the British Home Office. He sits in the House of Lords and currently holds positions as Advisory Chairman, Moelis & Company and Chairman of Global Media and Entertainment. 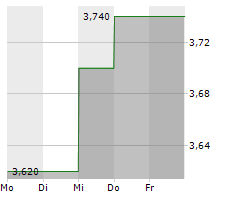