BRUSSELS (dpa-AFX) - Julius Baer (JBARF.PK) announced that it has finalized the agreement reached with the U.S. Department of Justice in November 2020 to settle the FIFA-related investigation in the U.S.

According to the Department of Justice, Julius Baer has admitted in federal court in Brooklyn that it conspired to launder over $36 million in bribes to soccer officials with FIFA and other soccer federations, in furtherance of a scheme in which sports marketing companies bribed soccer officials in exchange for broadcasting rights to soccer matches. The proceeding was held before U.S. District Judge Pamela K. Chen.

Specifically, Julius Baer has entered into a three-year Deferred Prosecution Agreement and will pay the previously communicated amount of $79.7 million, including a fine of $43.32 million and forfeiture of $36.37 million.

The company has already been charged this amount against the 2020 financial results.

Julius Baer said it welcomes the final resolution of this legacy matter, as it marks another step in its efforts to pursue the closure of remaining regulatory and legal matters in cooperation with the relevant authorities. 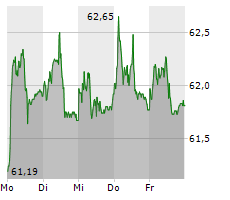