CUPERTINO (dpa-AFX) - Apple is set to open the Apple Tower Theatre in Los Angeles on Thursday. Apple has converted the 94-year old historic downtown LA art deco theatre into a show-stopping retail store or creative hub for the 21st century. This will be the first Apple Store in downtown LA and the 26th location in greater LA.

The technology giant will also launch Today at Apple Creative Studios, a global initiative that will provide hands-on experience and mentorship to young creatives, kicking off with the opening of the new store in Los Angeles.

The landmark Tower Theater was designed by renowned motion-picture theater architect Charles Lee and opened in 1927. However, it finally closed its doors in 1988 after entertaining LA for over half a century to become a protected piece of architecture in 1989 and remained empty and unused.

Apple collaborated with leading preservationists, restoration artists, and the City of Los Angeles to thoughtfully preserve and restore the theater's beauty and grandeur while converting it in to a store.

The Apple Tower Theatre anchors the corner of Eighth Street and Broadway. The new location will be the venue to discover Apple's full line of iPhone, iPad, and Mac, each of which has transformed modern-day filmmaking, photography, and music composition.

The expansive auditorium, surrounded by embellished arched bays and restored bronze, will display all of customers' favorite products, including the all-new iMac, iPad Pro, and Apple TV 4K.

The heart of the new retail store is the Forum, which will be home to Today at Apple, where free daily in-store and virtual sessions will be held for the public, led by Apple team members from Creative Studios and members of the local creative community, to provide inspiration and teach practical skills.

At the Apple Tower Theatre, Apple Creative Studios LA will also provide access to technology, creative resources, and hands-on experience, along with a platform to elevate and amplify up-and-coming talents' stories over nine weeks of free programming. This will be done in collaboration with the nonprofit Music Forward Foundation, as well as Inner-City Arts and the Social Justice Learning Institute. 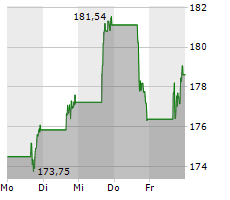