ESSEN (dpa-AFX) - Shares of RWE AG (RWEOY.PK) were losing around 3 percent in the early morning trading in Germany after the German utility Monday said its power stations and numerous RWE sites have been affected by the severe floods.

After an initial evaluation, the company estimates damage from the floods up to a mid-double-digit million euro sum.

The company noted that many hydro power stations are out of operation.

RWE further said it has donated 1 million euros as emergency aid, to be used to support aid organisations and regional initiatives.

The company said Garzweiler and Hambach open-cast mines are currently stable and operations are not affected. The large power plant sites at Niederaußem and Neurath can continue to produce power.

Meanwhile, the Inden open-cast mine and the connected Weisweiler power station are massively affected. The waters of the river Inde had flooded a dam near the village of Lamersdorf and subsequently entered the open-cast mine.

In the meantime, the situation has been stabilised due to falling water levels and extensive safety measures.

The Weisweiler power station is running at reduced capacity.

Further, the RWE run-of-river power stations operated in the Eifel region and on the Mosel, Saar and Ruhr rivers are also struggling with the consequences of the floods. 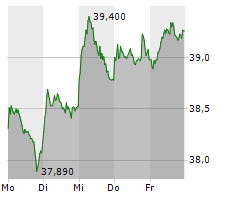