UK Government To Sell Up To 15% Of NatWest Shares

LONDON (dpa-AFX) - UK Government Investments Limited or UKGI said that it plans to sell part of its shareholding in NatWest Group plc (NWG, NWG.L) over a term of twelve months through a pre-arranged trading plan that will be managed by Morgan Stanley & Co.

UKGI has instructed Morgan Stanley to sell up to 15% of the total volume of Natwest shares on its behalf in a plan starting from August 12 and running until August 11, 2022. The UKGI currently holds a 54.7% stake in the company or 6.34 billion shares.

In May, UK Government Investments announced that it completed the disposal of part of HM Treasury's shareholding in NatWest Group plc by way of a placing of 580 million ordinary shares with a nominal value of 1.00 pounds each through an accelerated bookbuilding process to institutional investors. The Placing price was 190 pence per Placing Share, and the proceeds from the sale of the Placing Shares would be 1.1 billion pounds. 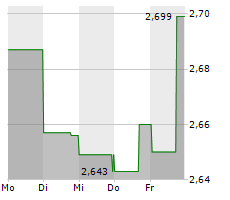