NEWBURY (dpa-AFX) - Shares of Vodafone Group Plc were gaining around 2 percent in the morning trading in London after the British telecom major reported higher revenues in its first quarter.

Looking ahead, the company said it is on track to deliver fiscal year 2022 guidance, with Adjusted EBITDAaL expected to be between 15.0 billion euros - 15.4 billion euros and Adjusted free cash flow of at least 5.2 billion euros.

The company in May announced medium-term growth ambition for the first time. The company now said it has entered the year in line with this ambition, on track to deliver guidance for the year.

Nick Read, Group Chief Executive, said, '...we are back to service revenue growth in Europe, as well as Africa..... In Europe, the operating and retail environment has not yet returned to normal conditions, but we are delivering a good service revenue performance.'

For the first quarter, group revenue increased 5.7 percent to 11.10 billion euros from last year's 10.51 billion euros. Organically, revenue grew 5.6 percent. The growth was supported by service revenue growth in Europe and Africa, and a recovery in handset sales following COVID-19 disruption in the prior year.

Europe mobile contract churn was 1.6 percentage points lower than the pre-pandemic first-quarter of fiscal year 2020 (pre-pandemic), but commercial activity is yet to return to normal conditions. 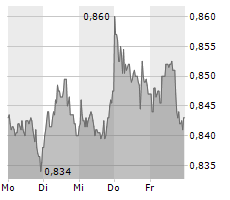