The EBT margin grew in line to an expected 5.7 percent, or 5 percent excluding one-time effects.

Operating EBT were at approximately 71 million euros, up 20 percent compared to the previous year.

The Executive Board confirmed its forecast of significant growth in revenues.

Bechtle will publish its Interim Report on August 12. 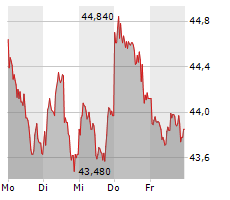