Quarterly non-GAAP earnings per share grew 91 percent to $1.22 from $0.64 in the same quarter a year ago. Analysts polled by Thomson Reuters expected the company to report earnings of $0.87 per share for the first-quarter. Analysts' estimates typically exclude special items.

Logitech confirmed its fiscal Year 2022 outlook of flat sales growth in constant currency, plus or minus five percent, and $800 million to $850 million in non-GAAP operating income. 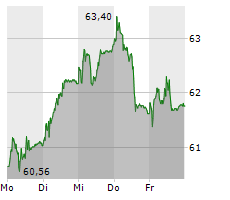