FAIRFIELD (dpa-AFX) - The European Commission has approved the acquisition of sole control over GE Capital Aviation Services or 'GECAS', of the US, and of joint control over Shannon Engine Support Limited or 'SES', of Ireland, by AerCap Holdings N.V., of The Netherlands.

SES is a lessor of aircraft engines jointly controlled by GE and Safran Aircraft Engines of France. AerCap's primary business is the leasing of commercial aircrafts.

The transaction entails the acquisition by AerCap of GECAS and GE's interest in SES.

As part of the transaction, GE will receive a 46% stake in AerCap.

The Commission concluded that the transaction would raise no competition concerns given its limited impact on the markets concerned.

In March 2021, Irish aircraft-leasing group AerCap Holdings announced that it has entered into a definitive agreement with General Electric (GE), under which AerCap would acquire 100% of GE Capital Aviation Services (GECAS), GE's aircraft-leasing business. The deal is reportedly valued at more than $30 billion. 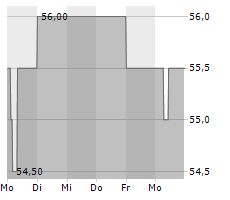