The currency adjusted sales to Horeca customers grew by 57% in third-quarter 2020/21, exceeded the pre-pandemic level for the first time in June and continued to develop positively in July.

Metro raised its outlook for sales and EBITDA for the financial year 2020/21, citing the better than expected business development since the easing of restrictions.

The company will publish its third-quarter results on July 28, 2021. 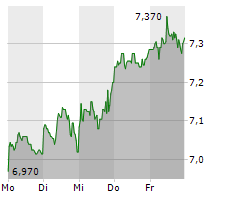