WOLFSBURG (dpa-AFX) - Volkswagen AG (VKW.L, VLKAF.PK, VOW.BE) on Thursday reported 34.9% growth in sales revenue in the first half to 129.669 billion euros from 96.131 billion euros in the year-earlier period, driven by record deliveries posted by the company's premium brands Audi and Porsche.

Looking forward, Group has raised the guidance for its operating return on sales for full year 2021 by 0.5 percent to 6.0 to 7.5 percent.

'We're keeping up our high pace, both operationally and strategically. The premium segment performed especially well with double-digit returns, as did Financial Services. Our electric offensive is picking up momentum,' Herbert Diess, CEO of the Volkswagen Group. 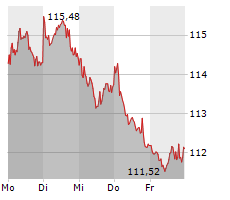