LONDON (dpa-AFX) - Publishing and education company Pearson plc (PSO) on Friday reported a fall in its pre-tax profit for the half year, in the absence of an year-ago gain, despite higher sales.

Statutory operating profit fell to 9 million pounds from 107 million pounds, reflecting restructuring costs in 2021 and a gain on disposal of Penguin Random House in 2020.

On an adjusted basis, earnings per share was 10.5 pence versus last year's loss per share of 5.1 pence.

For the first half, the Group's sales grew 7 percent to 1.597 billion pounds, reflecting underlying performance, partially offset by portfolio changes and currency movements. Underlying sales were up 17 percent.

In addition, the Group said an interim dividend for 2021 of 6.3p was declared by the Board in July 2021 and will be accounted for in the second half of 2021. 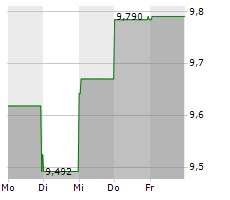