The Securities and Futures Commission or SFC's investigation found that between May 2004 and May 2018, UBS failed to make proper disclosure of its financial interests in some Hong Kong listed companies covered in its research reports.

The SFC found that UBS AG failed to obtain valid standing authorities from 91 clients who were not qualified as professional investors and issue contract notes to them between November 2012 and February 2019 in respect of 913 securities pooled lending transactions entered into with these clients.

The SFC also found that UBS AG failed to record client order instructions received through 35 telephone lines between August 2017 and June 2019, involving over 2,000 transactions executed for more than 400 clients.

According to the SFC, UBS AG failed to follow applicable regulatory guidelines relating to the assessment of clients' derivatives knowledge between January 2018 and June 2020 by failing to obtain trading evidence from clients who declared that they had conducted five or more derivative trades in the three years before declaration.

UBS AG failed to disclose to 15 clients the 'stop loss event' feature of a structured note issued by an issuer, and assure itself that the clients understood the risks associated with that feature before selling them the note between October 2017 and February 2020.

The SFC considers that UBS failed to act with due skill and care and put in place adequate systems and controls to ensure compliance with the applicable regulatory requirements. 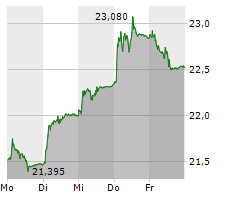