Net revenue for the company also increased to $291.4 million for the quarter, up from $195.6 last year. Excluding special items, the revenue was $240.7 million against $189.8 million last year. Five analysts estimated revenues of $211.33 million.

The company attributed the increase in revenue chiefly to the rise of log prices in both New Zealand and the US.

David Nunes, President, and CEO of the company said, 'Our second-quarter results reflect continued momentum across our businesses and a markedly improved operating environment compared to the prior year. Adjusted EBITDA of $95.3 million was 21% higher than the prior-year quarter, as favorable results in each of our timber segments more than offset lower Adjusted EBITDA in the Real Estate segment.' 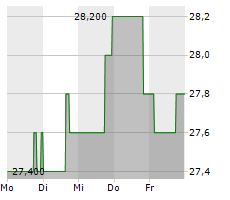