KAHL AM MAIN (dpa-AFX) - Singulus Technologies AG (SGTSF.PK, SGTSY.PK) reported a narrower loss for the first half of 2021, driven by increased sales. Also, the company expects significant sales and earnings growth for the second half of the year.

In the first half of 2021, the gross profit margin developed favorably due to the higher utilization level and amounted to 27.7 % versus last year's -3.8 % 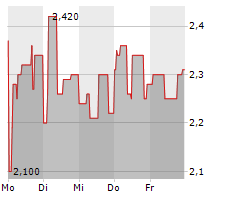