Revenue, meanwhile, fell 2.3 percent to 619.9 million euros from 622.1 million euros a year ago. The revenues were primarily influenced by lower hardware sales caused by the temporary closure of mobilcom-debitel shops and GRAVIS stores due to the COVID-19 pandemic.

Subscriber base expanded by 2.2 percent to 8.681 million customers from last year's 8.49 million customers. The number of high-value subscribers rose 0.8 percent compared to the end of 2020.

Further, the company raised its fiscal 2021 guidance for EBITDA based on the highly positive performance of the TV and Media segment, considerable stability in the Mobile Communications business and the still positive outlook. 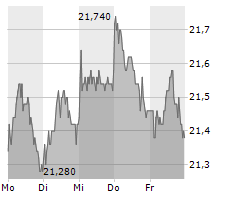